GF Code
GF1000338
1689 Authentic Dutch Gin fuses English and Dutch culture together, produced by one of the Netherlands oldest distillers and based on a 350 year old recipe.
Add to Wish List Add to Compare
Skip to the end of the images gallery 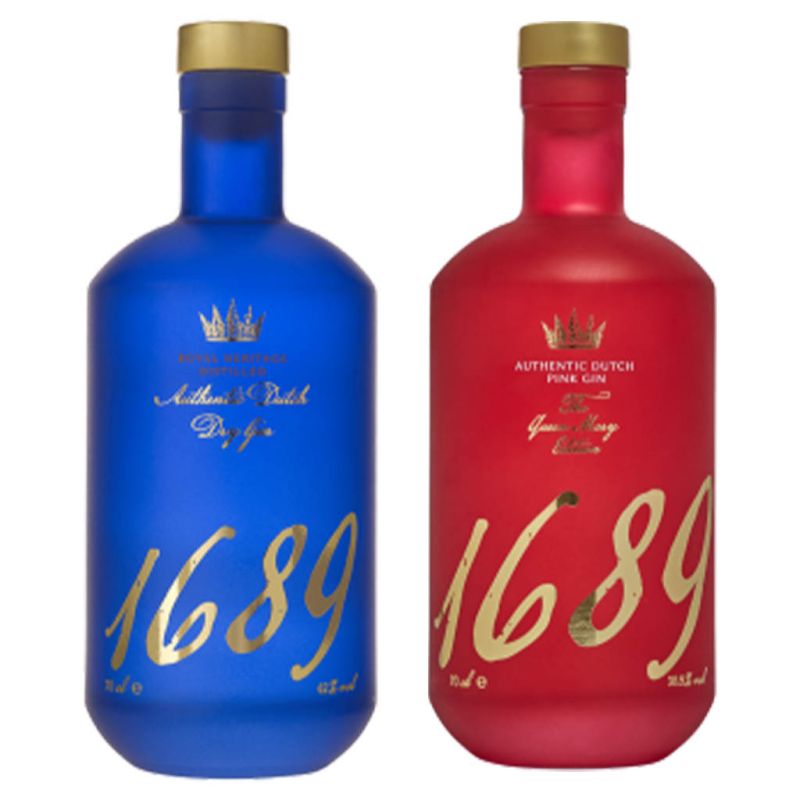 This authentic gin is based on the original 1689 recipe of the spirit made by the Dutch King William III, William of Orange after he was proclaimed King of England, Ireland and Scotland in that year.

The recipe was amazingly uncovered, having been buried in a dark corner of the Royal British Library's rare book section. It listed the original ingredients but unfortunately the quantities were concealed by code, which proved unbreakable. After acquiring the rights of the recipe, the perfect partner to recreate the delicate flavours of the original gin was decided: Herman Jansen, one of the Netherlands finest distillers, founded in 1777 and based in the Dutch Gin & Genever capital Schiedam.

Serve with ice, premium tonic water and garnish with raspberries or strawberries.

The very first ever Dutch Pink Gin is named after the wife of King William III, Queen Mary.

This beautiful pink gin is based on the authentic Gin 1689 recipe where strawberries and raspberries are added to the distillation process, giving it a traditional pink colour and a fruity flavour. In the original 1689 recipe it was recommended to drink this gin with these two ingredients, bruised in a glass.  Hence, this pink gin is as close as it gets to being the first ever pink gin in the world.

Serve with ice, Indian Tonic water and garnish with strawberries and raspberries.