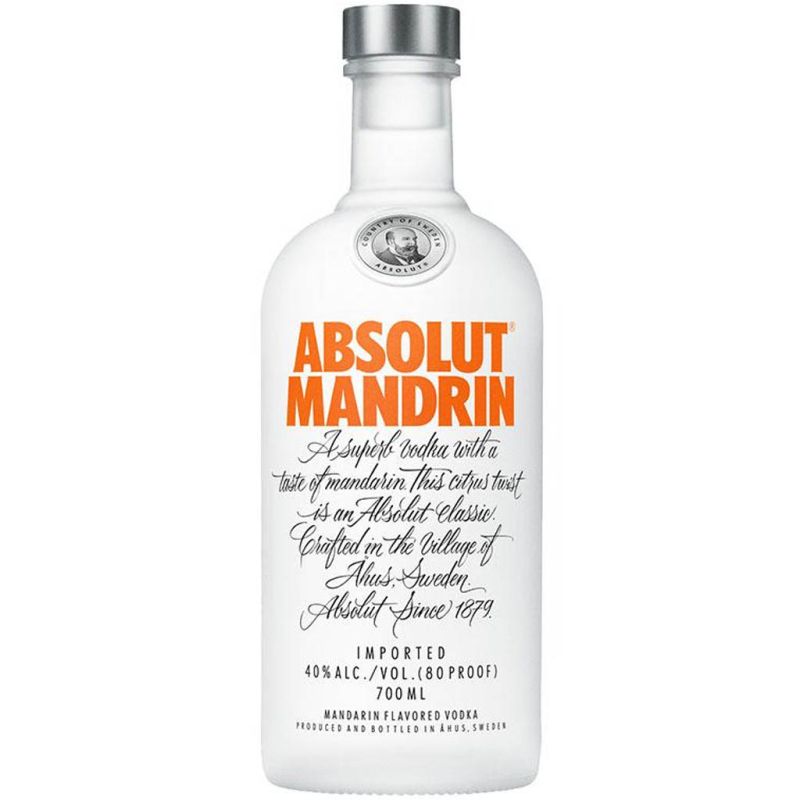 Citrus and Vodka have long been a great match, and when adding Mandarins, there is a delicious sweetness too.

Whilst orange vodka is relatively common, Absolut went down the route of Mandarins.... launching in 1999 it was the fourth flavour they launched.

Absolut Mandrin is made exclusively from natural ingredients, and unlike some other flavoured vodkas, it doesn't contain any added sugars. It has a complex flavour. Smooth and mellow, with a fruity mandarin and orange character mixed with a tangy note of orange peel.

As with all their Vodka's, Mandrin is no different in that its delicious sipped straight from the freezer. However, it also blends perfectly with Ginger Ale (for a less fierce drink), or Ginger Beer for a touch of ginger fire! Either are equally refreshing!