Bringing Calvados into the 21st century, this is an unashamedly apple forward Calvados 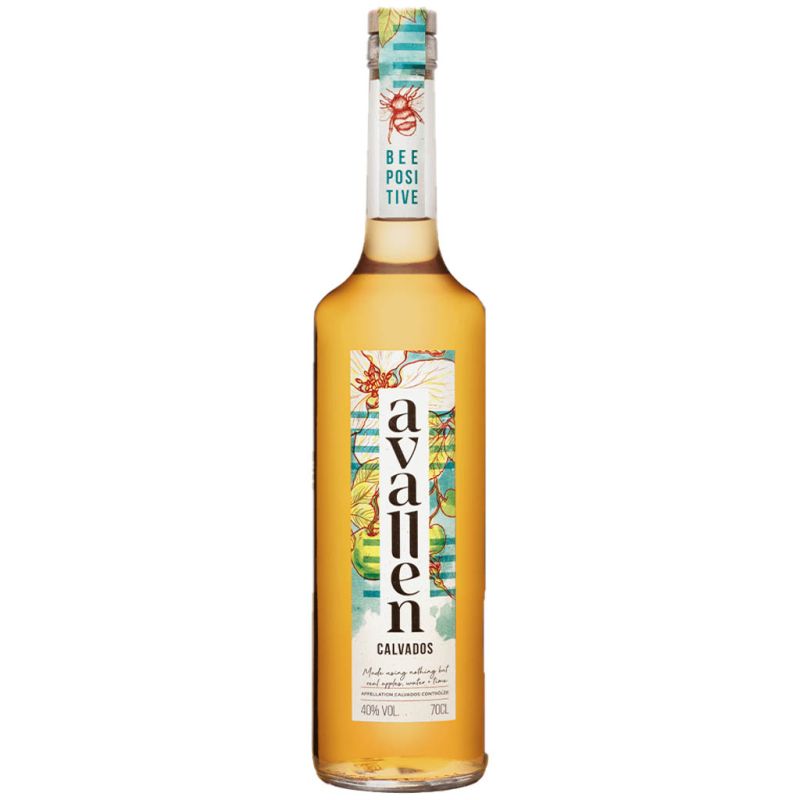 Calvados (apple brandy) is to Normandy what single malt Scotch is to Scotland. Within a category, and area which is dominated by traditional producers, Avallen is a breath of fresh air. A traditional cider brandy made from apples, Calvados is produced under strict rules in Normandy, France.

Avallen keep the heart of what Calvados is, but present a younger and fresher future for the drink.

Using 40 different varieties of apples, from 300 different orchards (all in the heart of La Manche, Normandy) apples are definitely the heart and soul of Avallen. They even make the labels from them ensuring a little less waste in the process!

Avallen is produced entirely in the West of Normandy, and is aged for two years in French oak. It is then bottled with no added sugar, caramel or boisé (a syrup made from boiled wood).

Whereas Calvados is generally known for its spice and dried fruit flavours, Avallen is floral, fruity, and distinctly apple-forward. On the nose it has a defined apple aroma, with hints of sweet honeysuckle. The flavour is again, distinctly apple - with a hint of toffee, and as the drink finishes its warm with a touch of vanilla custard.

Did you know? Avallen means "Apple Tree" in old cornish (a language related to that spoken in Normandy). One of the founders Tim Etherington-Judge comes from Cornwall.

Whilst this would still be drunk by a typical calvados drinker, this would also be enjoyed by gin drinkers (if served long with tonic, and is perfect for mixing, as a refreshing spritz, or simply for sipping.

For a deliciously apple inspired long drink, try an Avallen & Tonic. Use a neutral tonic, such as Three Cents Tonic Water to ensure all the flavours in the calvados remain. In a tall glass with ice, pour 50ml of Avallen, and add tonic to taste (100 - 150ml should suffice). If you'd like to take it up a notch, try a dash or two of Angostura bitters (orange or original).