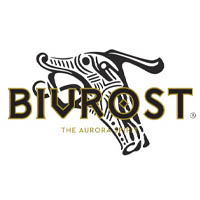 Aurora Spirit, the company behind the brand of Bivrost came about when a group of friends were sat talking about good food in a cottage in Arctic Lyngen.

A diverse group.... a Doctor, a Scuba Diver and a Hair-dresser, they were frustrated that whilst there was a lot of growth in the Northern Lights industry, visitors were not able to enjoy quality, locally produced alcoholic drinks.

After some deliberation, they decided they would do something about this. They then brough a Scotsman on board and the team was complete, and Aurora Spirit was born. Aurora from Aurora borealis (the Northern Lights) – and “Spirit” as related to both state of mind or personality and the alcohol relation.

The connection to the area and the northern lights didnt stop there either. Bivrost is an old Norse word and is one of the names used for the Northern Lights. It was believed that Bivrost were a bridge between heaven and earth, which was guarded by the fierce god Heimdallr.

In Spring 2015 the plans were finalised, in December the foundations of the building followed - and in Summer 2016 the worlds Northernmost distillery opened, along with a visitor centre.