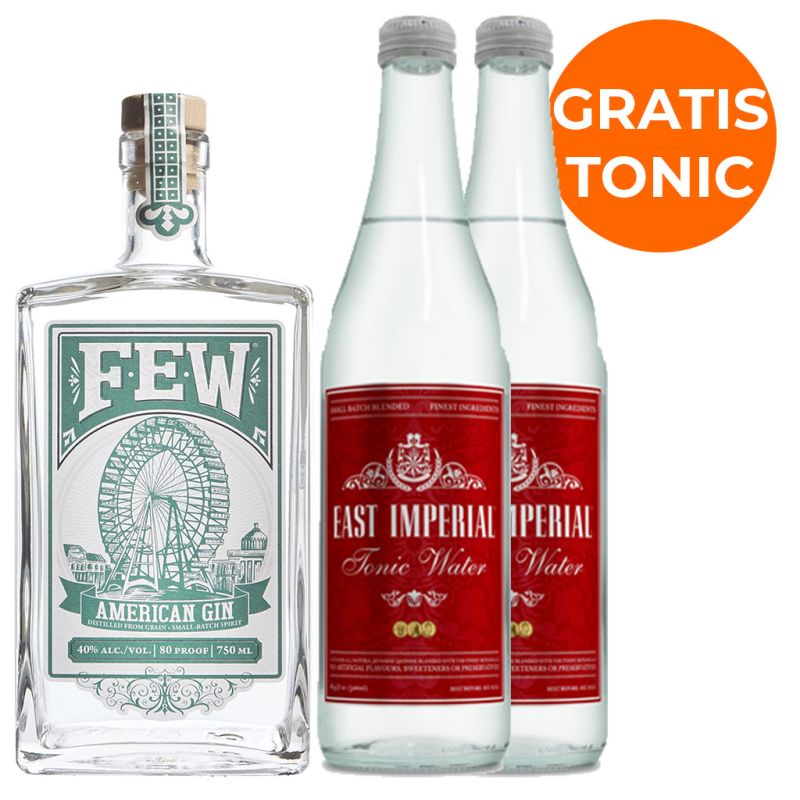 Upon first blush, you'll discover notes of lemon peel and warm vanilla. Then, the profile shifts and you'll finish with the familiar nip of juniper on the edges of your tongue. That's what a better gin feels like. And that's why every batch is distilled from the very best grains, bottled in-house and handled with the utmost care.

Nose: The aroma is vibrant with lemon zest and a blast of juniper.
Palate: Vanilla sweetness with chewy juniper and top notes of lemon.

For nearly a century, Evanston, Illinois, the home of the Temperance Movement, was a dry city. In dire need of liquor laws, Few's master distiller overturned century-old prohibition laws to become Evanston's first distiller of grain spirits within the city limits. Ironically named after Frances Elizabeth Willard, a temperance reformer.

A bold, distinctive taste is what greets you with this tonic. It was developed and crafted to recreate the century old traditions involved with creating a Long Pink Gin (Simply add two to four dashes of Angostura Bitters to a long G&T.) which was made famous at the Pegu Club in Rangoon, Burma (this was originally called East Imperial Burma Tonic).

The crafting of this contemporary take on a historic tonic gives it one of the highest quinine levels in a tonic in the market (so if you're not a fan of the bitterness in quinine, this isnt the tonic for you!). However, this isnt all this tonic is about. It is further rounded out with top notes of Thai lemongrass and delicious citrus notes from the Manao Lime to perfectly balance a few dashes of bitters should these be wanted!

It has a distinct, yet mild warm and spiciness with a subtle hint of cinnamon on the palate. The finish though is decidedly fresh, delicate, and full of zest from the Manao Lime.