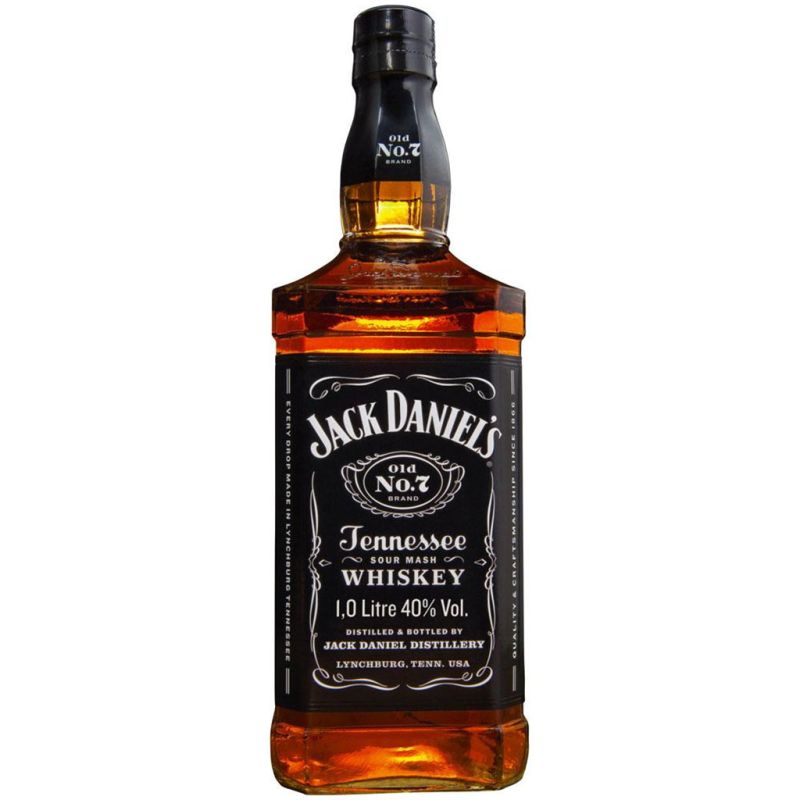 Established by Jasper Newton Daniel (known as Jack to his friends) in 1866, the Jack Daniel's distillery was the first establised distillery in the USA. It's based in Lynchburg, Tennessee.

Through this experience, of over 150 years, Jack Daniel's has won numerous awards (its first Gold Medal was at the St Louis World's fair in 1904), and become known the world over.

They also take pride in the process, which finishes only when the master distiller says it's ready. They mellow the whiskey through over 3 metres of sugar maple charcoal. Once completed, its then allowed to rest in handcrafted barrels of Jack Daniels' own making, maturing until it achieves the taste which is known and loved..

The result is a whiskey with a balanced nose, containing a sweet vanilla aroma which is joined by oak notes. On the palate this follows through with the flavours balancing mid-palate between a sweetness and the oak obtained from the maturation.

This is a really versatile whiskey, and can be enjoyed neat or in the mix. However perhaps one of the best known ways to enjoy is as a JD & Coke. Take a highball glass and 3/4 fill with ice. Pour over 50ml of Jack Daniel's and then fill the glass with your favourite cola (we like the vanilla notes Fentimans Curiosity Cola adds).