A unique Caribbean black spiced rum, infused with the darkness of the depths. 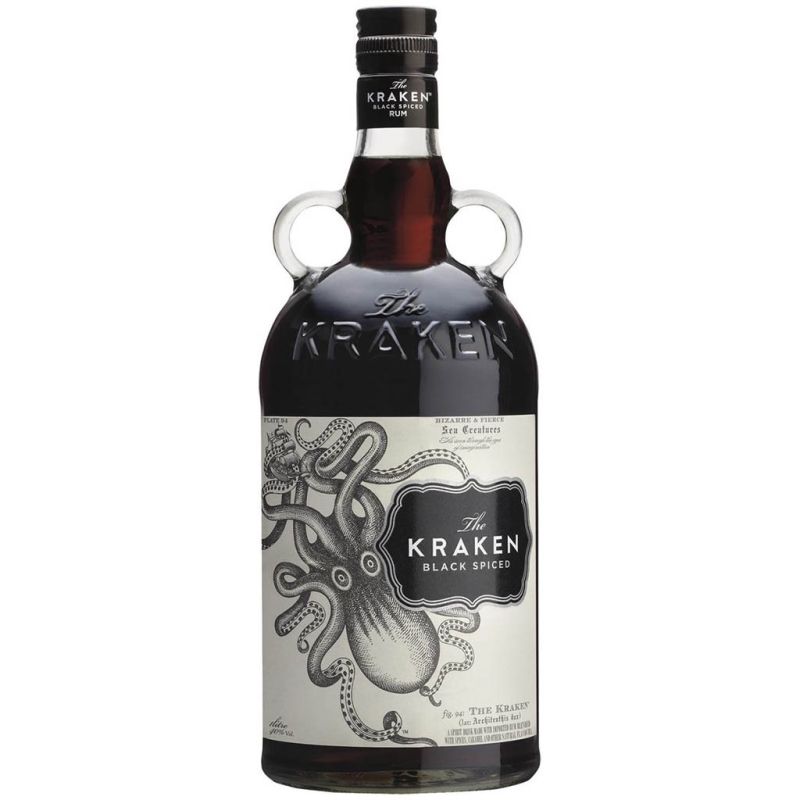 Made with a unique blend of Black Spiced Carribean rum, it includes a secret infusion of spices.

The colour of the rum, a dark, mysterious black, mirrors the ink of the heinous sea beast from which it takes its name. It also takes its characted from the beat too, being strong, rich, and yet deliciously smooth.

The aroma entices you to take a drink, with the smell of caramel, toffee and spice hitting you almost as soon as the bottle is opened. The flavour is warming, with cinnamon, vanilla and nutmeg. It ends with a continuation of delectable spice.

This is a real smooth, deep and delicious rum, and as such can easily be enjoyed neat, or on the rocks. However, for a longer drink, this pairs really well on the rocks with Fentimans Curiosity Cola, which enhances the cinnamon flavours found in both.

For a carribean cocktail with a difference, try a Toucan. Combine the following into a shaker over ice. 60ml Kraken, 20ml Campari Bitters, 40ml carrot juice, 40ml pineapple juice, 20ml lime juice, 10ml sugar syrup and 3 dashes of Angostura Bitters. Shake well, and then strain into a tall glass over ice. Garnish with a small wedge of pineapple juice. Delicious..... Enjoy!!