Sunshine in a bottle, white rum with delicious coconut and creamy vanilla notes 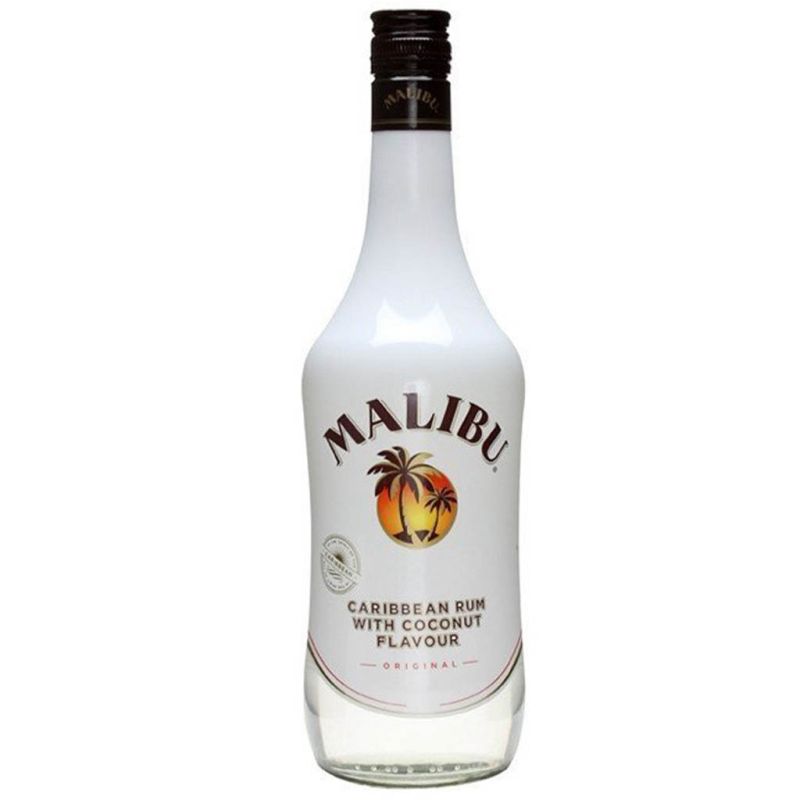 Made with a Caribbean rum base which is produced at the West Indies Rum Distillery (in Barbados), a world renowned distillery which was founded in 1893. Its due to this that every drop is filled with sun, music, beaches, parties, new friends, love, and adventures. For this reason they say that "Malibu liberates the spirit of summer".

Malibu is known as Sunshine in a Bottle for a reason! It has a full, rounded and lightly toasted coconut aroma which follows through to the taste. Creamy coconut with vanilla (almost custard like) notes. The body is delicate with a soft recognisable and warming rum taste and has a long, silky finish.

Malibu is particularly versatile, it works well with mixers and is perfect in cocktails such as the classic Piña Colada. However, our two favourites are:

For a deliciously refreshing Malibu & Coke, in a large glass filled with ice mix 35ml of Malibu with 150ml of Fentimans Curiosity Cola. Squeeze in a wedge of lime, and drop in to garnish.

For something a little more spicy, try a Malibu & Ginger. Mix 50ml of Malibu with 100ml of Fever-Tree Ginger Beer (or Ginger Ale if you want it a little milder). Again, squeeze in a wege of lime then drop in to garnish.