A delicious blend of wine and herbs created Martini's second Vermouth, which even gave the Martini cocktail its name 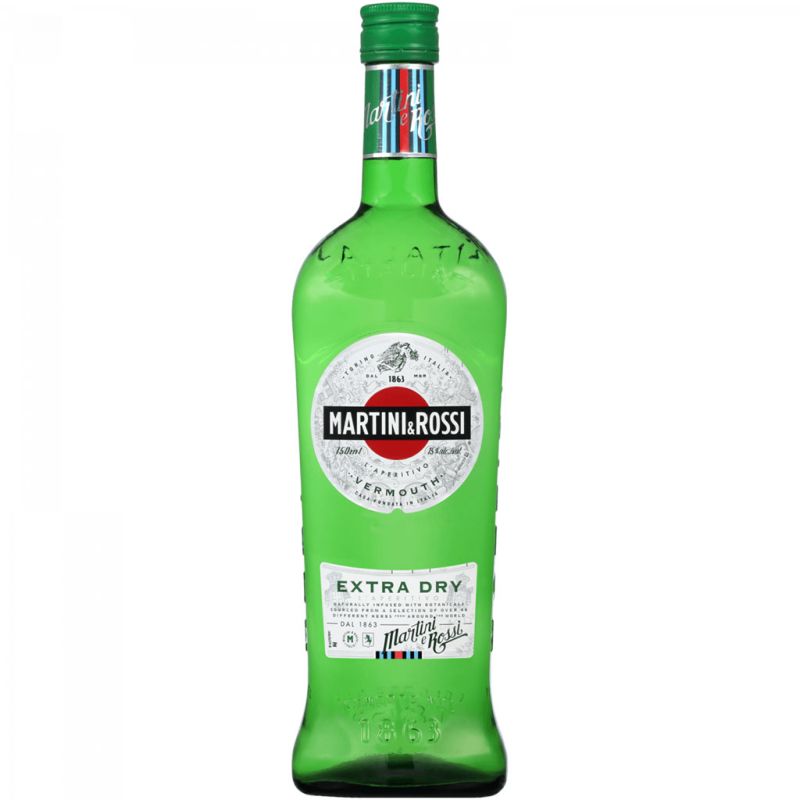 The second Vermouth in the Martini range, their Extra Dry Vermouth was first introduced on New Year's Day 1900. This followed 10 years of development by Luigi Rossi's sons (Luigi was the creator of Martini's first Vermouth, the Rosso).

Containing a blend of botanicals which include rare woods, herbs, citrus and raspberry extracts along with Florentine Orris root. The Orris root has a violet-scented tartness to it and is at the heart of the Vermouth. (The Orris is the root of Iris' which are grown for three years before being sun dried).

Upon its release, it fast became a staple of the 20th century, finding a home in bars and homes across the world. It's also a key component in many cocktails, in particular the one which even took it's name - the Martini (enjoyed by many from Britain's Winston Churchill, to America's Ernest Hemmingway)

Incredibly versatile, this can be enjoyed with ice on its own, mixed with a tonic (equal parts Vermouth to a neutral tonic), or in a Martini.