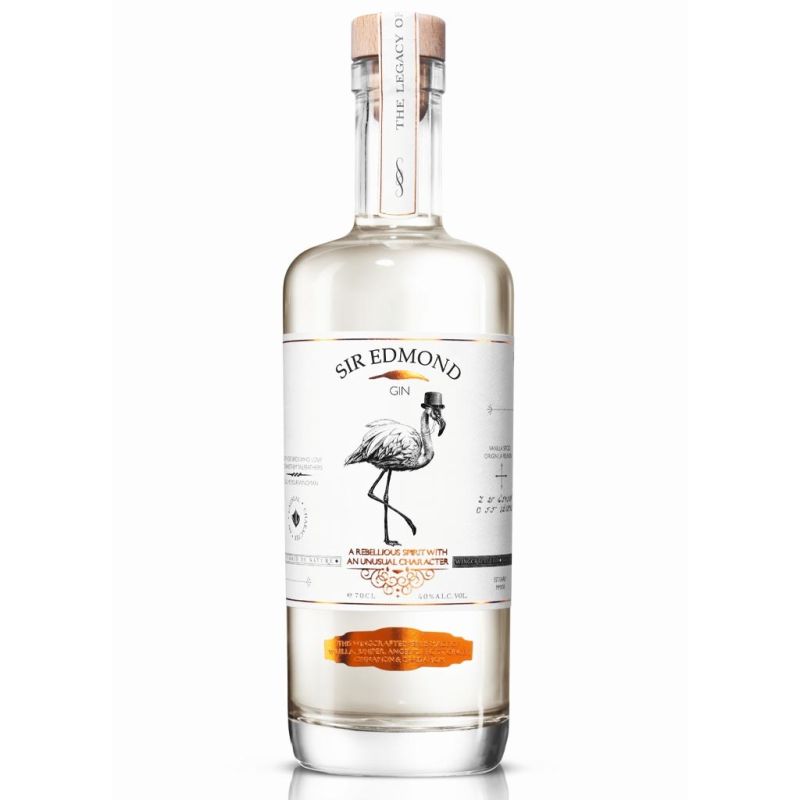 Named after Edmond Albius, a slave born in Sainte-Suzanne, a commune on the north coast of the French island of Réunion in the early 1800's.

Edmond Albius single handedly changed the future of vanilla, and its cultivation, by finding a way to quickly and profitably pollinate the plants. Something reknowned botanists at the time had failed to do. And all at the age of 12!

This Dutch gin is infused with vanilla pods from Réunion Island, which is the main flavour profile in the gin (along with juniper obviously). It also features angelica root, cardamom, ginger, and cinnamon.

The warm sweetness of the vanilla comes through clearly both in the aroma, and on the palate, while its earthiness is complemented by the juniper and cardamom.

Good to know.... For every bottle sold, Sir Edmond Gin make a contribution to the African Wildlife Foundation. This Kenya based charity dedicates its passion and funds to wildlife conservation and habitat protection, but also to community empowerment and economic development.

We love this gin paired with East Imperial Tonic Water. The tonic is not too sweet, and has a hint of cinnamon and manao lime which pair perfectly with the botanicals in the gin.

To create a delicious gin and tonic, take a large copa glass and fill with ice. Pour over 50ml of the gin, and then top up with 150ml of the tonic water. Garnish with a slice of orange and a cinnamon stick

Customer Reviews
Write Your Own Review