A delicious whiskey based liqueur made with fruit and spices 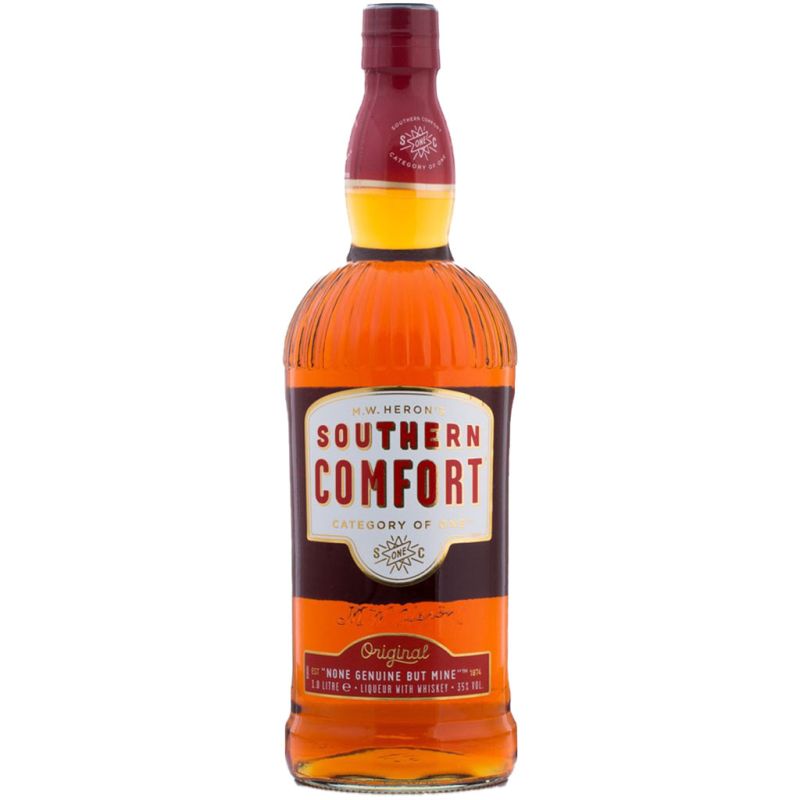 Originally created in New Orleans by a bartender (Martin Wilkes Heron) in 1874, Southern Comfort is one of the most famous liqueurs in the world.

For nearly 150 years Southern Comfort (often abbreviated as SoCo) has been making their whiskey based liqueur, which is created using the original recipe. It's said that M.W. Heron created this as he felt that the whiskey popular during that time was harsh and overpowering. He wanted to create a drink which was "smooth, easygoing, and downright delicious?"

He blended stone fruits and spices with American whiskey, becoming a huge success and fast creating an iconic American taste. It even won a gold medal at the 1904 World's Fair in St. Louis, Missouri.

It was originally marketed with the phrase 'None Genuine But Mine', which is still to be found on the label to this day.

A really versatile drink - and found in almost all bars as a component in many cocktails. It can also be enjoyed best with premium mixers, such as cola for a classic SoCo & Coke.

For something a little different, how about an Alabama Slammer? Add 30ml of SoCo, 30ml Disaronno (or other Amaretto), 30ml Sloe Gin (we like 6 O'Clock) and 60ml of Orange Juice into a shaker. Shake well and strain into a glass filled with ice. Garnish with a cherry and an orange wedge.