Inspired by South East Asia, this is a deliciously citrus forward gin with a touch of warm spices 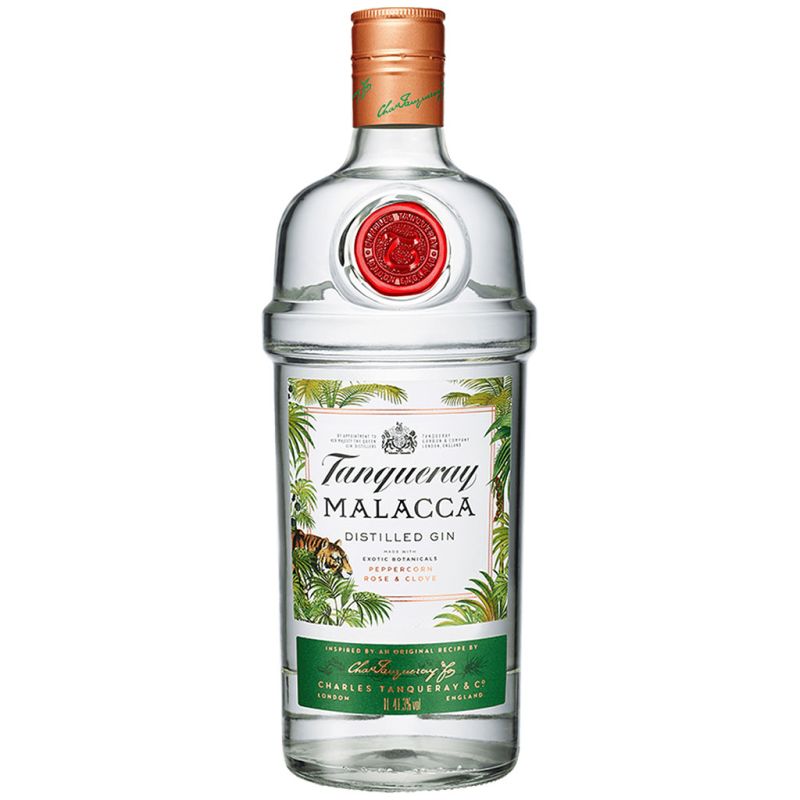 With its first introduction in 1998, Tanqueray Malacca Gin was a limited edition and based on a recipe developed by Charles Waugh Tanqueray which dated back to 1839.

He was known to travel extensively in search of exotic spices to include in his gins, and created a spiced spirit which was inspired by his expedition of the southwestern coast of the Malay Peninsula. (Hence the name, which is borrowed from the Malacca Straight, between Malasia, Indonesia and Singapore).

Due to its delicious composition, the gin became a cult favourite among bartenders and cocktail aficionados the world over. Sadly, in 2001 it was discontinued. In response to bartender demand, Tanqueray relaunched the gin in 2012 for a short period before discontinuing it again. Luckily.... in 2018, it was brought back once again.

Now with nearly 200 years of Tanqueray history behind it, this is a permanent inclusion in the range.

This gin differs from most Tanqueray's, with zesty citrus from lime and grapefruit leading on the on the nose. The juniper is there, but definitely a backing note.

This is a smooth gin in the mouth, again with citrus taking the lead, this time lemon and grapefruit coming forward. Mid taste the spices come forward, peppercorn, clove even a little hint of cinnamon. The finish is where juniper becomes known, but its not overpowering. Theres a creamy sweetness too, with vanilla and warming spice.

If you're a fan of the spice notes, try this at room temperature, as they come forward stronger. When iced, its very much the citrus notes which are more prominent.

This is truly a versatile gin, and works exceptionally well as a gin & tonic or in cocktails. Its even pretty easy to drink neat over a single cube of ice.

For a longer drink, try a classic gin & tonic. We liked this with Double Dutch Skinny tonic, as there is already a degree of sweetness in the gin. 50ml of the gin along with 150ml of the tonic over ice in a large glass, and with a garnish of lime and grapefruit works perfectly.

As can be expected from a bartenders favourite, this suits a lot of cocktails, so we would encourage you to experiement to find your favourite. We particularly liked this in an Aviation though!