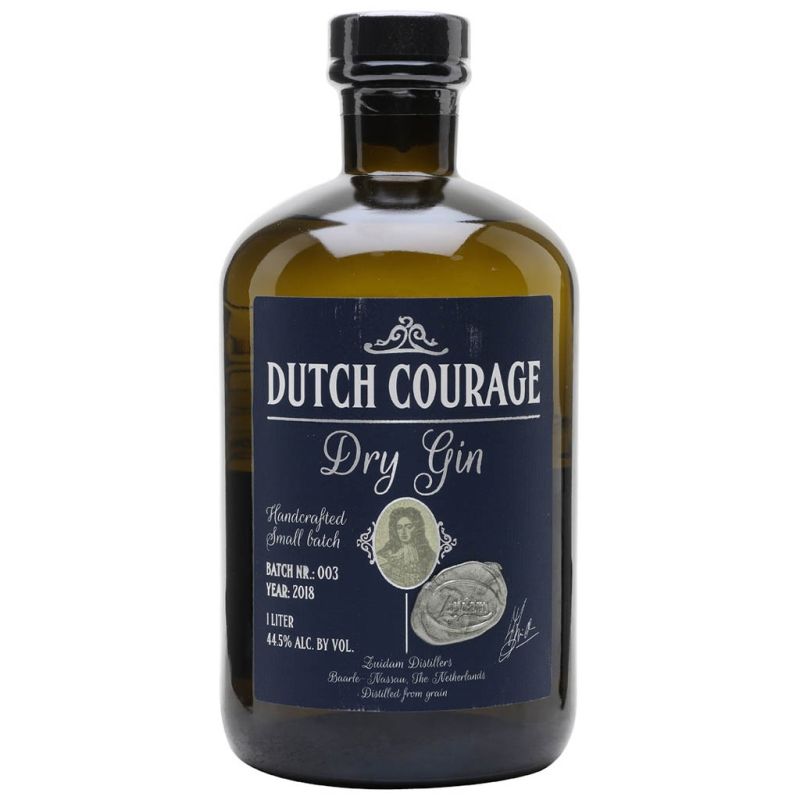 Not only do the Zuidam Distillers have a great family of gins under the Dutch Courage label, but they are also hand-made by two generations of distillers, father Fred and son Patrick van Zuidam

The term Dutch Courage dates back to the 17th century. It was noted the British saw the effects that drinking the typically Dutch Genever (the precursor to modern gin) had on the Dutch - giving courage before a battle. The term "Dutch Courage" came about.... this may not be 100% true.... but it makes for a great story!

So... whilst Zuidam's gins won't necessarily fill you with courage, we certainly believe they will give you a superb drink!

Their core gin is made with nine carefully chosen botanicals from around the world ( Angelica, Cardamom, Coriander, Juniper, Lemon, Licorice, Orange, Orris Root and Vanilla). This gives a perfectly layered gin.

The initial nose is full of pine and citrus, and a touch of exotic spice from coriander. It entices into the drink - and gives a classic gin aroma. The taste starts full of citrus again, but has notes of spice to it. Violet, anise and juniper (with its pine flavour) also make an appearance. As the drink finishes in the mouth there are flavours of nuts which come through, specifically nutmeg and walnuts.

It clears the palate nicely - not overly lingering, and leads this to being a deliciously dry, and easy to drink gin.

Fairly classic gin flavours mean this gin works well for experimenting with your favourite tonic. We do like this one with Fever-Tree Indian Tonic though. 50ml of the gin to 150ml of tonic works well. Plenty of ice, and a citrus garnish.

Being slightly stronger, this also holds its flavour and works well in cocktails. We particularly liked this in a French 75.