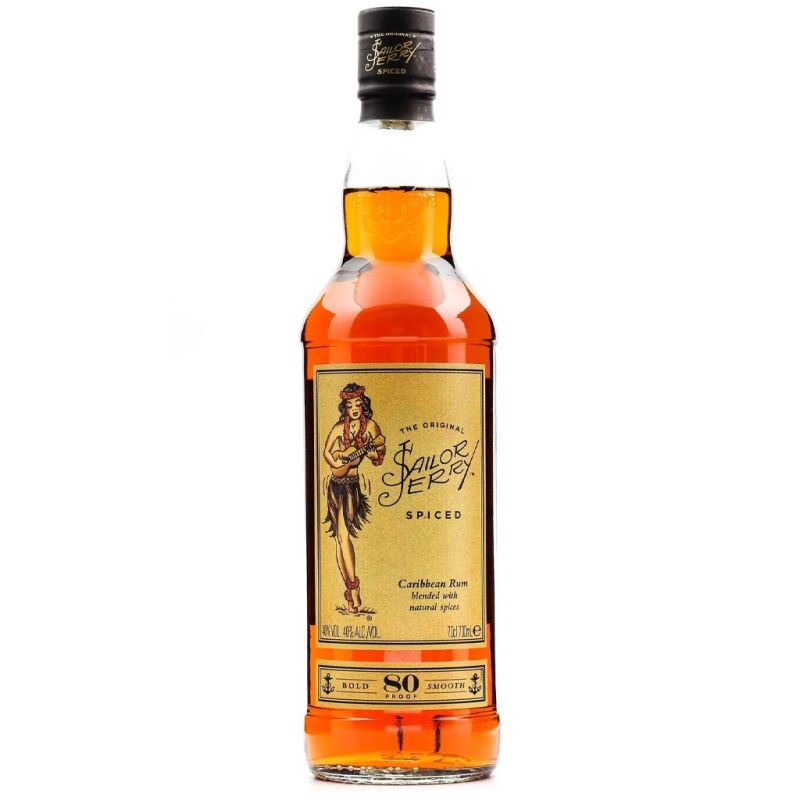 After one sip you'll see why Sailor Jerry is unique. Vanilla hits your nose first and after a couple of sniffs, and you'll notice dry buttery toffee and a touch of cinnamon. Taste-wise, rich vanilla tones with warm hints of cinnamon and nutmeg, just about sums up the flavours. We're extremely proud of the finish - long and dry with a balance of subdued sweetness and a hint of toasted toffee.

Are you a heat worshipper? If you can't get enough of the energising kick and warmth of ginger, there are many creative, tasty gingersome ways that you can add more heat and punch to Sailor Jerry. There are the favourites: Jerry Loves Ginger, Ginger Spiced Rum, Negroni Ginger, Daiquiri Ginger and Rum Old Fashioned.

The undisputed father of the old-school tattoo, Norman 'Sailor Jerry' Collins build his rep tattooing in Hawaii's brawling Hotel Street district of Honolulu, where sailors and soldiers came to raise hell before heading off to war. He was a master craftsman of unflinching integrity and in his name, we make our rum. Blended with the finest rums from the Caribbean and our unmatched recipe of natural spices. Made the Old-School Way. 80 Proof. Bold & Smooth as Hell. Enjoy a 70cl bottle of Sailor Jerry Spiced - a true original that holds its own.

Sailor Jerry Spiced Rum seeks its own path in lifeÃƒ¢€š¬¦ Like the free-spirited man who inspired the drink - the old school tattooist, Norman Ãƒ¢€š¬Ã‹Å“Sailor Jerry' Collins. He lived by always Ãƒ¢€š¬Ã‹Å“originating not imitating'. We believe in making rum the authentic way, the way men drank rum back in the day. That means it's distilled to 80-proof (40% ABV), spiced and smooth.