The inspiration for the "Cosmo", this is definitely a delicious citrus vodka 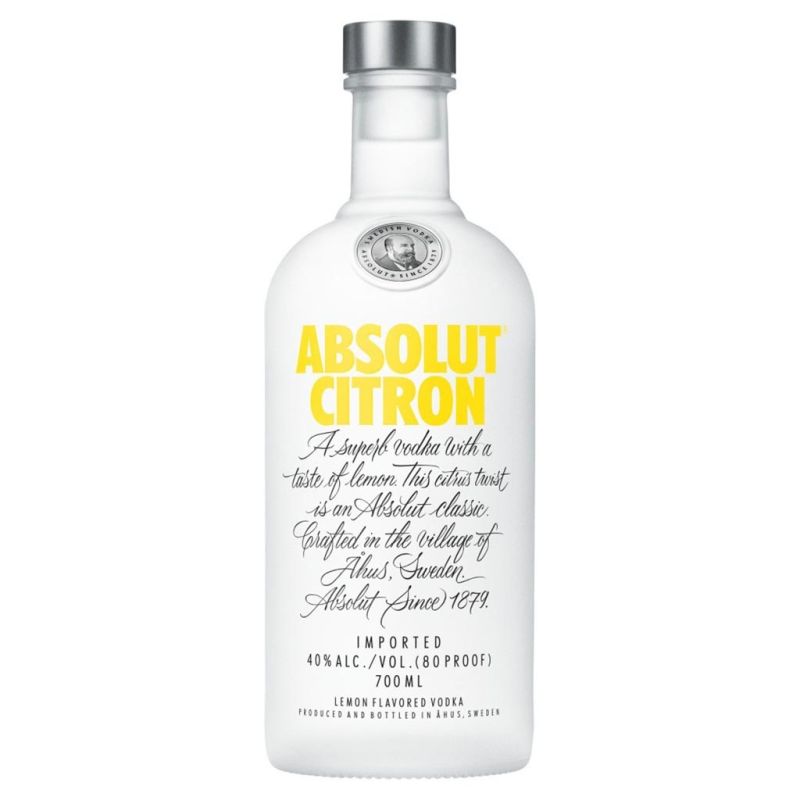 Launched nine years after the original Absolut Vodka in 1988, their Citron variety soon became their best selling flavoured vodka. Despite all the newer flavour additions, to this day Absolut Citron Vodka is still their best seller!

Not only is Absolut Citron known for its deliciously lemon aroma and flavour, but it also inspired the Cosmopolitan (perhaps the best known of the modern cocktails).

Made exclusively with natural ingredients, and no added sugar, this is a smooth and mellow drink with a distinctly fresh and fruity lemon character (with a hint of lime too....). Absolut believe this is the "true taste of lemon".....

Delicious sipped neat on its own over ice, straight out of the freezer. However, this is really versatile, is delicious with orange juice, and adds a distinct lemon flavour to a vodka tonic.

However, we'd encourage you to try a Cosmopolitan with the Vodka that inspired it after all! Fill a shaker with ice, and add 40ml Absolut Citron, 20ml Triple Sec, 20ml Lime Juice and 20ml Cranberry Juice. Shake vigorously to ensure you both mix, and waken the cocktail! Strain into a cocktail glass, and garnish with a twist of orange.